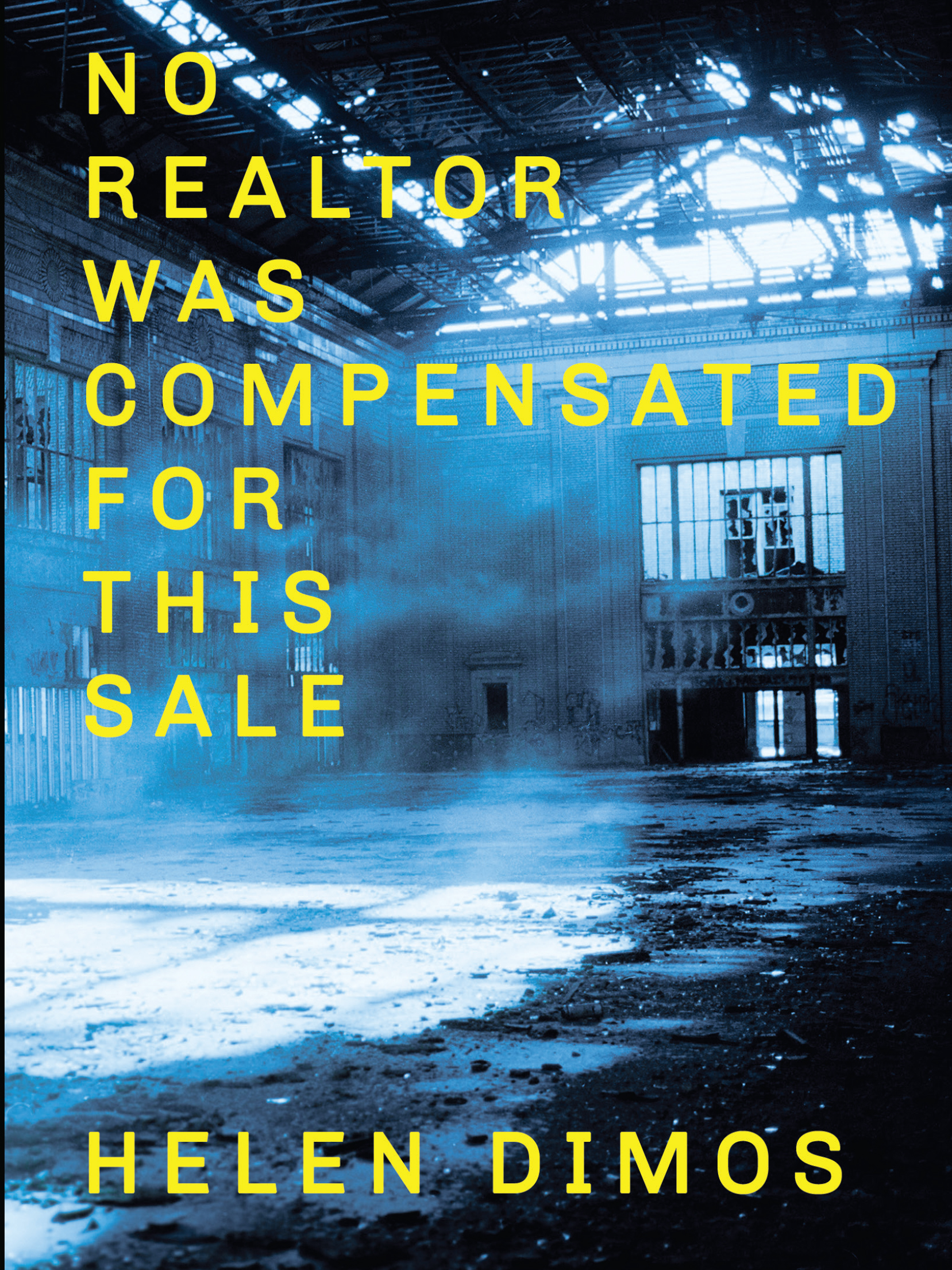 No Realtor was Compensated for This Sale

NO Tax and FREE Shipping (US and Canada)

Helen Dimos lives in Athens, Greece and is co-organizer of the annual Paros Translation Symposium. She hosts a twice-monthly English-language radio show, peopletalk, at Beton7 Arts Center in Athens, the content mostly poetry and politics. No Realtor Was Compensated for This Sale is her first book.

Did I get the story right? From - - - saying the night before - - - in preparation, - - - were instructed to take up guard or something at the university. Somehow they didn’t show instead there were assembled members of - - - . So the - - - showed up with brass knuckles and beat the shit out of their bodies thinking they were beating the shit out of - - - .

This is not a statement against the - - - , I know you know that

Can I add a line to di Prima’s Letters?

When the guy hiding you goes out to buy cigarettes, it’s not a good sign

How do you keep fear away?
I mean keep yourself exposed
Sitting in the kitchen skinless
so much oxygen the cigarette self-ignites
Through other people
Through sitting in rooms with other people
Staring through each other’s eyes
love lights up none of its thousand pretenders
Stay naked