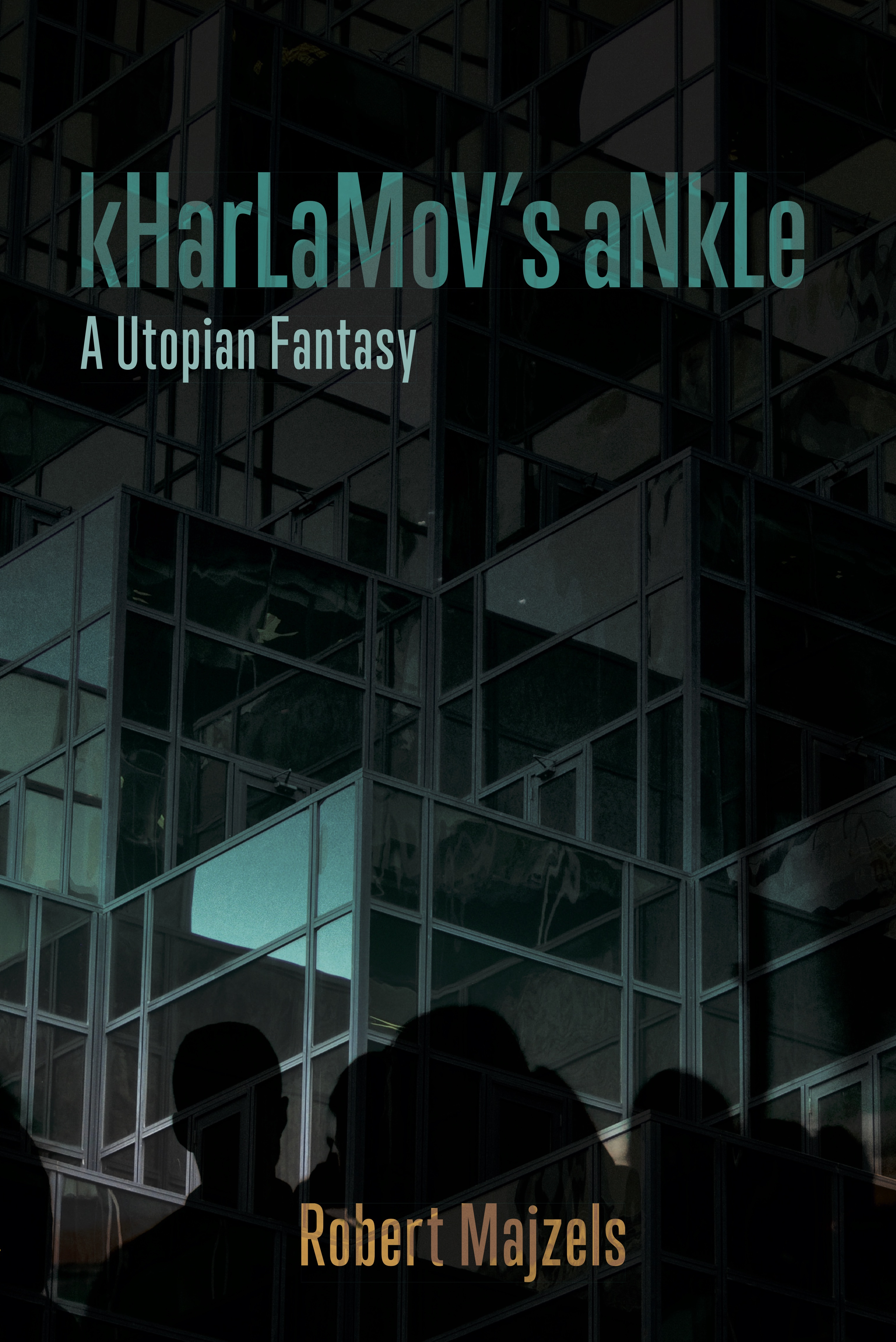 Robert Majzels was born in Montréal and holds a Canadian passport, but will be damned to stand for anybody's national anthem. kharlamov’s ankle is his fifth novel. He has also published a play, a book of poetry (with Claire Huot), a number of translations, including five novels by the Acadian writer France Daigle (one of which was awarded a Governor General's Award), and, with Erín Moure, a number of books of poetry by Nicole Brossard (one nominated for the GG in translation and for the Griffin Prize). For seven lean years, he was an associate professor of English and creative writing at the University of Calgary until he walked away in 2015. He now lives somewhere on Vancouver Island in British Columbia, where he writes from time to time, and tries to think otherwise.

"The characters of kHarLaMoV’s aNkLe are never singular, are communities of agitated endeavour, alive (we won’t call it “living”) in a dystopia so all encompassing that even the conditions and conventions of punctuation and capitalization are shattered.

"As the reader proceeds, the beautiful structure of the novel glints brightly and, gradually, we no longer feel we hold shatters of a time bomb: there is a consistency of chapter, of breath, of citation, of Dickensian summation drawn from Renaissance “argument” that act in unison to draw us forward.

"Here, dystopia is the political Americanada of our own present, its clang and clamour, its wasting of women and of the arts of song. Yet the novel is utopian, true to its title, even as it sheds the conventions of cApitalizatiOn and. periods to iterate ancient wisdoms of the Bible and Lao Zi and expose the literary history that informs our bankrupt Now: ie. Shakespeare’s misogyny, racism, and anti-Semitisim. As dystopian politics (our everyday) sucks up a contratenor singer lured to China by the Kanadian embassy and the innocent cultural attaché who invited him, the novel leaks us bits of poetry and counsel, while in its bowels the rumble of utopia rises: it is the unrelenting spasmadic energy of a group of revolutionary junkies of Montreal known as kHarLaMoV’s aNkLe, who work to free not just themselves but us all. They are capable where we are not, for their bags of drugs and droppers with taped needles kill the pain in them that sinks the rest of us, kill the pain and allow them to move against the state of war that is our Kapitalist present and in which we are alive but not living. It’s tHem, the junkies of the aNkLe—that kommunist bone shattered in a stickled act (Russian-Canada Summit Hockey Series, 1972) that ended the post-Holocaust postwar economic dream—bobby2sneakers and curly joe, now wearing the shiny cheap suits of junior rabbis, with their childhood yarmulkes filched back out of a sock drawer, who move fearlessly against the ruler with the golden hair and...”