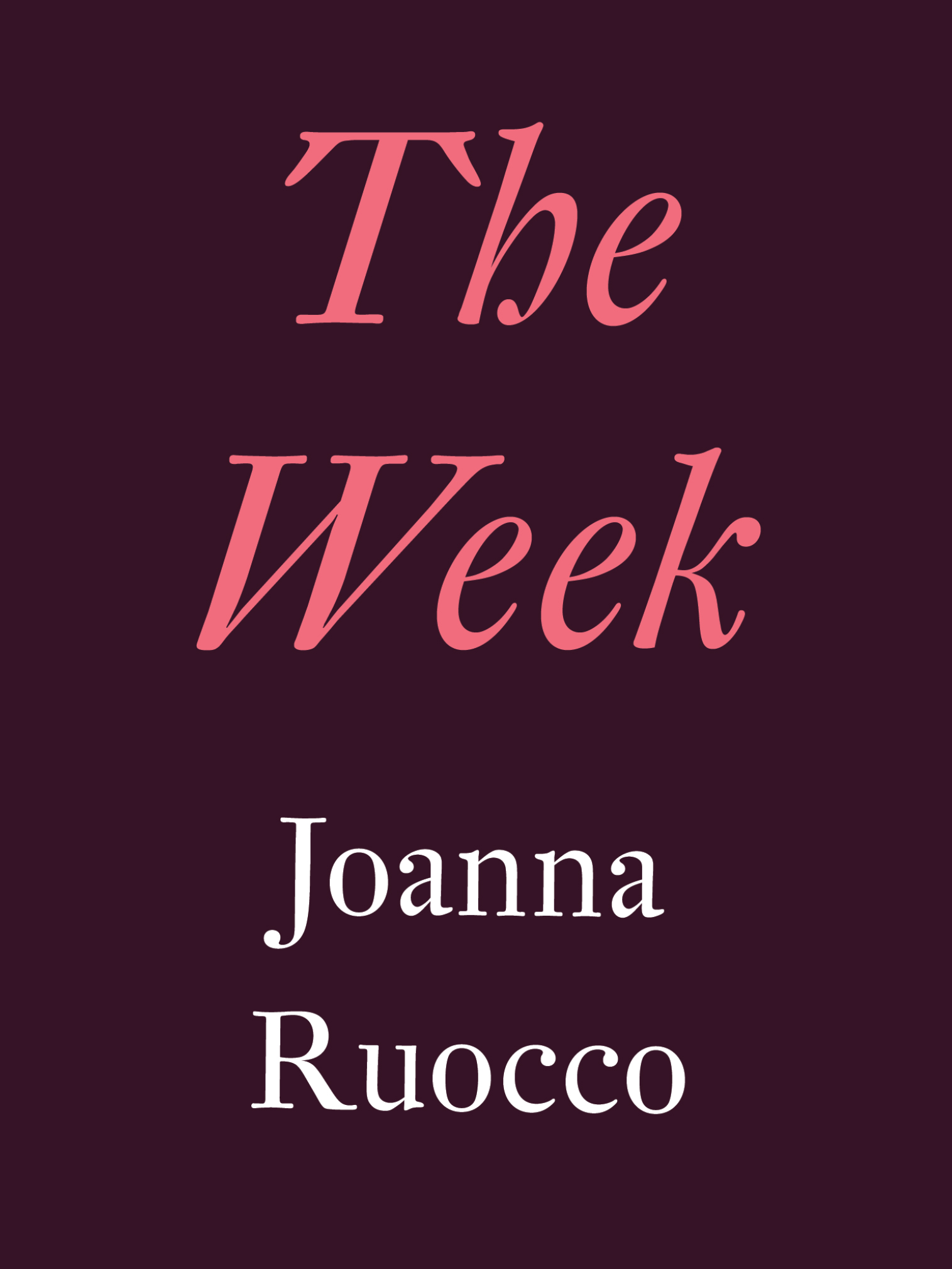 Joanna Ruocco is the author of Dan (Dorothy, A Publishing Project, 2014), Another Governess / The Least Blacksmith: A Diptych (FC2, 2012), Man's Companions (Tarpaulin Sky Press, 2010), The Mothering Coven (Ellipses Press, 2009), and A Compendium of Domestic Incidents (Noemi Press, 2009). She also works pseudonymously as Alessandra Shahbaz (Ghazal in the Moonlight, Midnight Flame) and Toni Jones (No Secrets in Spandex). With Brian Conn, Ruocco co-edits the fiction journal Birkensnake.

"Ask your boyfriend what’s worse, to play your birthday in the lottery every week your whole life and lose, or never to play the lottery at all—you never ever play the lottery—and one day your birthday hits and you don’t win anything. If your boyfriend says, how would you know your birthday hit in the lottery if you don’t play the lottery, only people who play the lottery pay attention to the numbers that hit in the lottery, then he is not a good boyfriend. He is poison. He is trying to control you. Every day he’s taking one of your socks and leaving a rock in the drawer, a bottle cap in the drawer, a sweatshirt cord, a razor, a pencil lead, a blank check with a woman’s name and address in the top left corner, a woman you’ve never heard of. He wants to make you feel weak and frightened. He wants to make you feel crazy. He moves the bookmark in your book every time you put it down. Sift flour on the bookmark, dab it with cellophane tape, you’ll see; his fingerprints are all over it. You have to be a detective to live with a boyfriend like that. You have to anticipate his next move. You have to glue the bookmark in the book or you have to replace the bookmark with the thinnest package of UV ink, marking ink. Put the package between two pages you’ve already read, because when it explodes, the pages will be covered with ink, your boyfriend’s hands will be covered with ink, and the smoke he inhales will dye his tongue blue and he will spot his lips with the tip of his tongue. If your boyfriend says, it’s the same thing to play the lottery and lose and never to play and not to win, there’s no difference, either way you get nothing, then he is not a good boyfriend. He is violent. He slams on the brakes in the car, he bangs on the steering wheel in the car, he bites the steering wheel and he looks ugly as a stoat, growling and drooling, shaking his head from side to side with the steering wheel deep in his mouth, between his back teeth, and you laugh and he stops biting with his lips slack and wet, stretched out, and he tells you to get out of the car, get out of the fucking car. Or he slams on the brakes in the car and he gets out of the car, and he walks fast down the road. His feet go out far to the sides when he walks but his crotch goes straight ahead. His back is hunched so his crotch can go up higher, stick out further. What can you do with a boyfriend like that? You could hit him with the car. You could drive behind him slowly with the hazard lights on, crying, pleading out the open window, until he jumps the divider, crosses lane after lane. Then there’s nothing you can do. Peel out, speed away, wait at the house. If your boyfriend says, obviously, obviously babe, it is worse never to play, you gotta try and try, even if you don’t succeed, that’s the name of the game, then he is not a good boyfriend. He is an idiot. He thinks women pee out of their vaginal canals. You can’t explain it to him. He doesn’t know what color your eyes are. He says you shouldn’t feel bad, he doesn’t know what color anyone’s eyes are. He taps on your arm with his fingertips when you sit side-by-side. His eyes are blue, big and blue. If your boyfriend says, I did play your birthday in the lottery and it hit, your birthday hit and here’s twenty million dollars, and he pulls the couch away from the wall and you see where he’d hidden the cardboard check, a check exactly the same size as the back of the couch, then he is a good boyfriend. He loves you enough to play your birthday in the lottery and win. No one who hears about this will ever forget your birthday again; you’ll get texts from everyone you know on your birthday, texts that say LUCKY DAY smiley face surprised face wink wink palm tree hearts & diamonds!!!!!"