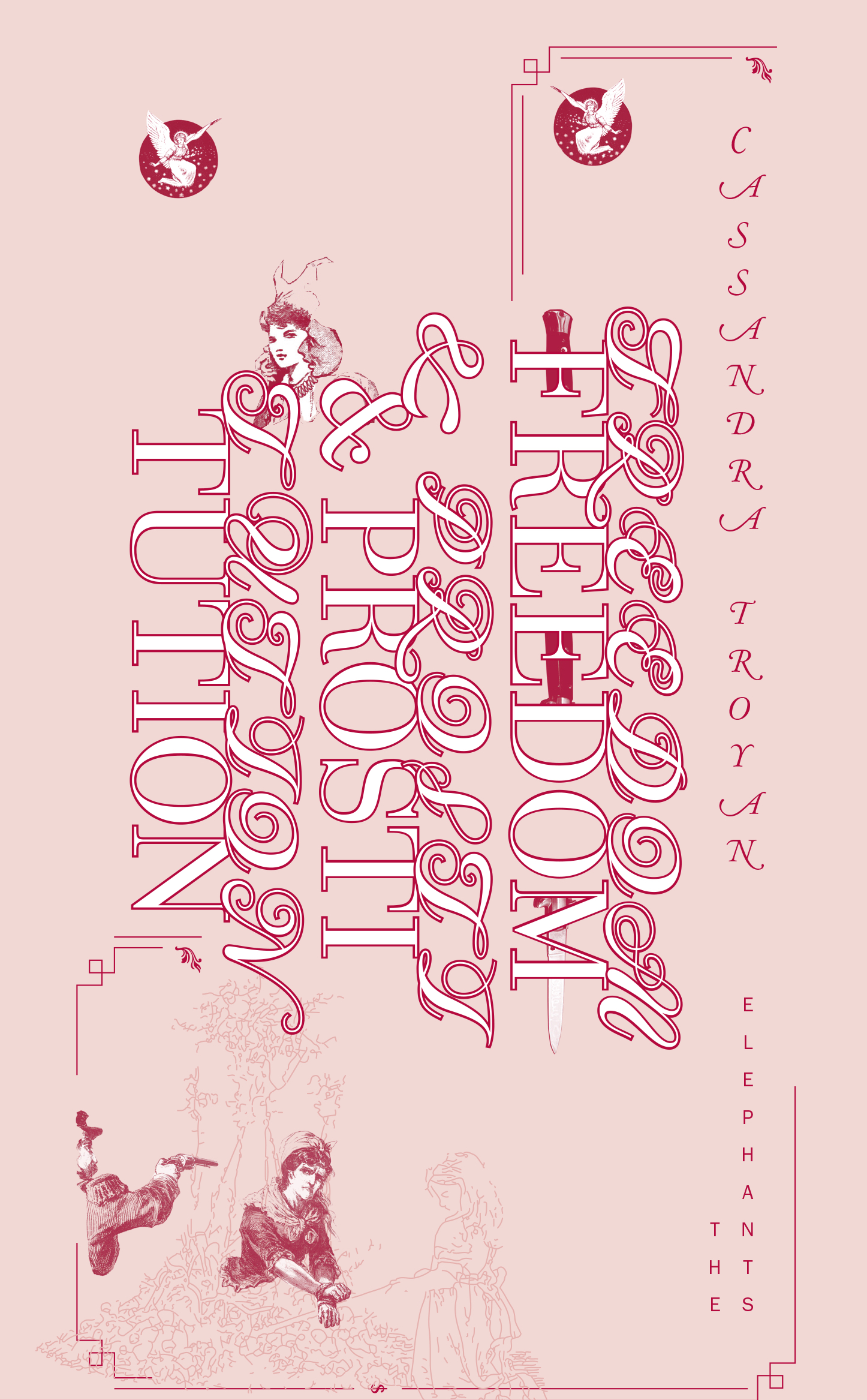 *International E-book customers*: include any 5 digit zip code in checkout to complete purchase

Cassandra Troyan is a writer and researcher whose work explores the intersections of gendered violence, radical histories of resistance, sex work, and capital. They are the author of several books and chapbooks of poetry, most recently KILL MANUAL (Artifice Books, 2014) and A Theory in Tears (Kenning Editions, 2016), and have presented, performed, or screened their work widely. They live in southern Sweden and teach creative/critical writing practices in the Department of Design at Linnaeus University.

Name the dead. Mourn the dead. Defend the dead. Sociality does not end at death. Cassandra Troyan’s Freedom & Prostitution asks survivors to avenge the dead by striking a blow to the patriarchal power structure that renders sex workers disposable. Here is a poetics of sex work against work, one that does not shirk from conflict but instead enters the scene of brutality to lay bare the violence that constitutes the category “woman.” By moving through that pain the poems are transformed into a guttural shriek that summons the chorus of insurrectionary whores to “strike from the sky.” Refusal takes the form of a swarm. To put it bluntly, this book makes me want to fuck shit up.

Cassandra Troyan's weaving together some of the understated fantasies and realities of sex work is like an emotional rollercoaster in a horror-themed park. Without flattening into a single story, their described dreams of vengeance, the stakes of survival, tasting financial freedom, finding beauty and safety in solidarity, and navigating fears of harm illustrate a complicated interiority of gender and labor. Theirs is an ode to sex working renegades, a memorial to all those rendered disposable and violable, an indictment of capitalism's theft of time and labor. To read their searing poetry with honesty is to clearly come to understand why Aileen Wuornos was never the villain she was deliberately made out to be, how many of us are not so different.

--Zoé Samudzi, author of As Black as Resistance